Coming as absolutely no surprise to anyone who has been following Gorge Cup action this year, Bruce Peterson has once again claimed this year’s windsurfing slalom series title — made official after the Sailworks co-founder ran the table in the final two days of racing last weekend during the Dakine Derby at the Event Site.

Peterson dominated the field in the Gorge Cup series this year, which included a total of 45 competitors who entered at least one of the seven races hosted by the Columbia Gorge Windsurfing Association this season. Though he didn’t win every individual heat that made up each of the seven races, Peterson won every overall race this season with the exception of the July 2 contest, where he placed a measly second. In fact, Peterson, who competes in the grand masters category, was so far in front on the leaderboard that he could have placed dead last in the final two races and still won the title, since competitors get to toss out their worst two races after competing in seven.

“All of the racers that compete against Bruce are better sailors as a result,” said Scotia Bauer, racer organizer for the Gorge Cup. “Even to the very casual observer, Bruce’s skills shine through. The experience he brings from years of international competition combined with his technical knowledge provide a ‘master class’ environment every race day.”

The victory marks a return to form for Peterson, who was sidelined with a hamstring injury after winning the first two races of the 2015 cup. He kept last year’s cup winner, MacRae Wylde, at bay for the top honor.

“It’s really satisfying to be back windsurfing on the race course and to win the Gorge Cup series again. I’ve won the series more than a few times over the years, but this season I took nothing for granted. A year ago this date I was hobbling around on crutches just two weeks out of hamstring reattachment surgery,” Peterson said in an email Monday evening. “That was a long, slow recovery through the winter and I’m really thankful for my family and friends that helped keep me upbeat and motivated through the rehab. This year’s Gorge Cup had a great fleet and (a) dozen new competitors. We had lot(s) of windy races which suits my ‘big-power’ style of riding. MacRae and I had some fantastic close duels, swapping the lead back and forth, which makes it super fun. The Gorge Cup Series is strong and I look forward to more racing next year.”

Bauer said Saturday’s competition brought great wind, as well as “some of the most exciting races of the season and great spectator support.” The wind for Sunday’s race was “light until the afternoon, then gusty and quite patchy.” After the race, attendees enjoyed a barbecue and an awards ceremony.

Bauer added that part of the CGWA’s Gorge Grom program, the A-Team, tried racing for the first time during Sunday’s event and said that race officials “are hopeful that this strong group of young sailors join us for more racing next year.”

This is what I have to say about the new Vector 46 carbon Volt with little extra rake. It puts the board on the rail and allows it to fligh, in these super choppy, gusty and shifty conditions with current it feels awesome. Really nice low end power with amazing high end control and speed. I didn’t roll 3 guys on one reach all year this year, but I did today!!! The fin is the only thing that changed. It basically takes the board out of count.

Fiona Wylde, 15 years old, was nominated for 3 awards this year. The Columbia Gorge Windsurfing Association nominated her for 2. She won the CGWA Award, Grom of the Year. They wrote: “She is the most stoked windsurfer I know. It doesn’t matter that she is a grom, she encourages and exudes stoke like no one else. Fiona continues to dominate windsurf competitions around the country. She has been killing it on the AWT. She was a staple in the Gorge Cup race series and she did extremely well at the US Windsurfing Nationals.” She was 3rd overall in the 2012 Gorge Cup Race Series, finishing behind her dad, MacRae Wylde, and series winner, Bruce Peterson.  In Slalom at the US Nationals this year she was 14th overall. She ranks first on the 2012 AWT after the Hatteras Wave Jam.

Fiona also won the Windsurfer of the Year contest (2012) held by the Association of Wind and Watersport Industries. The AWSI is an organization which represents the North American manufacturers, retailers and schools in the sports of Windsurfing, Kiteboarding and SUP. The contest promotes excellence in windsurfing and the winner is determined by public online voting based on an entrant’s video submission. Go to Windsport to see her contest video submission and her gracious thank you acknowledgement for being chosen AWSI Windsurfer of the Year. 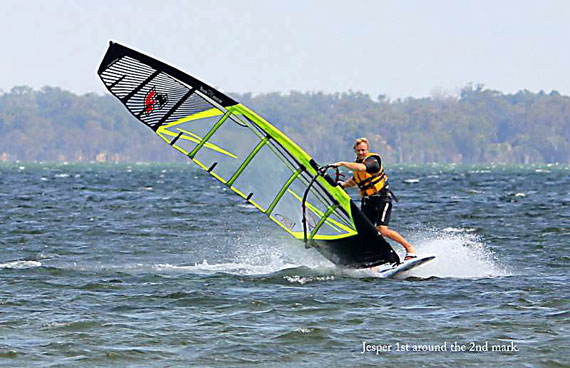 With a total distance of 42 km and reaching legs of 7 km in a figure eight slalom set up, it was indeed a “leg burner” distance for the group of 43 sailors.

The forecast was a solid 15-20 kts and the big Peel inlet, near Mandurah Westers Australia and delivered quite smooth water and steady wind.

With a standing start in the water from the sand bank, spectators saw the 43 fleet of sailors going for the distance, where the big outside mark could only be spotted from halfway there.

The standing start for the marathon at Peel Inlet (Pic: Steve Schneider).

“Gear choice is critical for this type of event, as you would spend just around an hours’ time on the water. I knew my new set up of F2 SX 82 / 135L with my Vector G10 Volt 42had amazing speed and KArace 7.9 would deliver all the horsepower / speed and comfort for the distance. All in all it was a fast and comfortable set up and I could lead the race from the start to finish, but with Chris Lockwood, Rowen Law, Matt Langer and Isaac De Virus pushing hard to the first mark. It was great to see this event finally happening, after the local organisations and WWA had worked hard to get it going for some time. I’m very happy to win it and it also gives me good confidence in my gear setup for the upcoming season.”(JESPER ORTH, AUS-10) 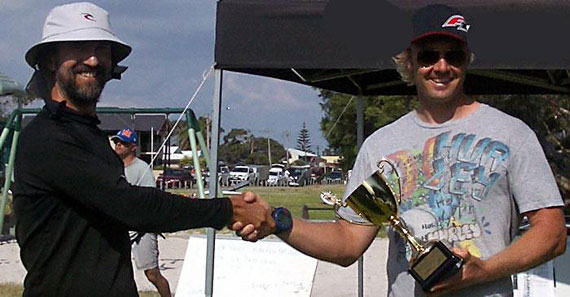 Jesper and a few other guys, who did well in the Mandurah Marathon, are well prepared for the prestigious Lancelin Marathon, which will be held in 10 days on January 14th. 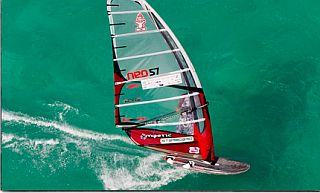 This past October 21st Ben and pals Jordy Vonk and Coen Swijnenburg took to Tarifa Spains’s speed sailing spot and rigged up their slalom gear. Ben combo’d uphis new Loft 7.0 sail with a Vector Volt and strapped on the GPS posting a top 2 second speed over 43 knots on regular slalom gear! Check out the GPS Data Here.

August 28th saw the return of the VMax speed challenge to the islands with Vector Fins Pieter “The Flying Dutchman” Bijl taking the honors followed by Peter “Little John” John and Dan “The Man” Ellis. Chris “The Prisoner” Freeman also set a new P.B. at 33.48 knots, the question is will he hit his goal of a 40 knot peak in his allotted 60 days.

The HAMS prescribes to the KISS (Keep It Simple Stupid) rules as follows:

Check out the Official Hawaiian American Speed Website where riders have until December 31st to better their speeds. 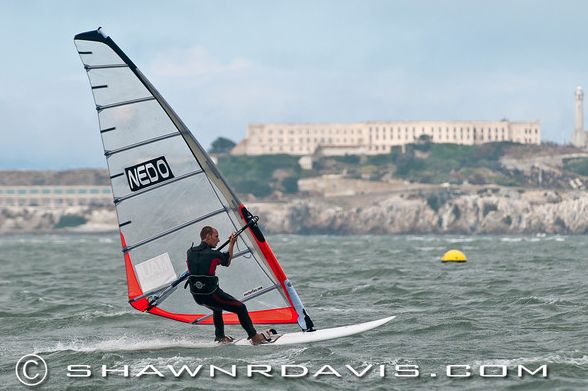 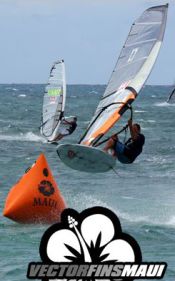 Coming as absolutely no surprise to anyone who has been following Gorge Cup action this year, Bruce Peterson has once again claimed this year’s windsurfing slalom series title.

High praise from Vector fins rider Pieter Bijl: This is what I have to say about the new Vector 46 carbon Volt..